I’m re-reading this book, out loud, with my family as we travel on vacation at the end of a hard working summer by both teens and both parents (delayed post from August).

On our travel across the expansive Colorado landscape, it is fun to break open and read (in chapter-sized chunks) a book about the tiniest details of life, a book that takes place entirely between the beginning and the end of an escalator ride.

Mr. Baker is an astute observer and a polymath. His mind ranges from patterns of carpet after a vacuum cleaner has passed over it, to shoelace fragility, to the design of ice cube trays. Furthermore his style of writing is circuitous, precise, and surprisingly delightful; he always returns and closes the loops on his sometimes lengthy flights of fancy.

Reading out loud in the car or at the campsite to the family is a rare joy, and it is the rare book that will hold the interest of 2 parents and 2 teenagers. Even better, when each teen will take turns reading aloud to the family. What a surprise and joy that is.

Indeed, taking more than one chapter of this book at a time seems a bit of an overdose. But, reading a chapter a day out loud has been a terrific pastime for us.

Sample quote: ‘…the almost sonic whoosh of receptionists’ staggering and misguided perfumes, and the covert chokings and showings of tongues and placing of braceleted hands over windpipes that more tastefully scented secretaries exchange in their wake.’

CMIO’s take? Appreciate art in all its forms. Sometimes the tiniest details delight. It is wonderful to discover that great writing can make a difference in communicating ideas. And that even teenagers will listen to a well-told story.

I have a love-hate relationship with the Harvard Business Review. First, I think many of their articles are well-written, thoroughly researched, or illustrated well with specific business cases. I often learn a great deal about my own work through this mirror.

On the other hand, it is like drinking from a fire-hose. Subscribing to HBR gets overwhelming, and I start getting months and issues behind, unless I block out a couple of hours to read the mag cover to cover.

On the other hand, HBR has seen fit to create and publish online summaries of many of their articles for free. They also interview their authors for an online podcast. Both are effective and get their brand name out there. I also find these easier to consume.

This is one of those online articles. Meeting are a big part of my day. If you ask me, too big. But, over the years I’ve developed a number of meeting skills that have served me well, and this is a great summary of one of them.

FIRST LISTEN. Do not interject, do not object, do not state your position UNTIL YOU HAVE RESPECTFULLY LISTENED and also briefly summarized your understanding of the other participants in the meeting. This is also covered by Stephen Covey’s Seven Habits of Highly Effective People. “SEEK TO UNDERSTAND before being understood.” Crucial Conversations, is a book that also covers this: “Control your own stories. Make it safe for all. Enlarge the pool of meaning, before stating your own path.”

Once everyone has felt “heard” then and only then can a productive discussion begin. Unfortunately many meetings skip this important step and become contentious and “tense.”

CMIO’s take? Meeting SKILZ! Learn them. Lots of books on the subject. Pick a good one (like those above), devour the content, and be humble enough to know that every one of us can be better. Meetings are how large organizations make progress. Being a meeting master disproportionately influences the value of an organization.

I’ve read and listened to this book several times. And seen the movie. And yes, it is more than just Brad Pitt and his muscles. The book is lyrical, especially its passages on fishing, and the beauty of the wild.

“Like many fly fishermen in western Montana where the summer days are almost Arctic in length, I often do not start fishing until the cool of the evening. Then in the Arctic half-light of the canyon, all existence fades to a being with my soul and memories and the sounds of the Big Blackfoot River and a four-count rhythm and the hope that a fish will rise.

Eventually, all things merge into one, and a river runs through it. The river was cut by the world’s great flood and runs over rocks from the basement of time. On some of those rocks are timeless raindrops. Under the rocks are the words, and some of the words are theirs.

I am haunted by waters.”

As I’ve mentioned before, I have fished. In fact, our book club’s all-boys trip to a lodge in Montana centered around an all-day float trip on the Little Big Horn (Custer, anyone?). During that day, our excellent guide was so skillful that this complete newbie ended up catching and releasing nearly 50 fish, mostly browns and rainbows, some of which were twenty inches.

I learned a few things about myself:

1. Great fishing guides can make fishing fun for just about anyone.

2. I am ruined for regular fishing trips where you catch an occasional fish and you have to untangle your own lines and (gasp) you have to touch and unhook your own catch.

3. The rhythmic swaying, and the beautiful, mathematical curve of the line is mesmerizing, and perhaps more interesting to me than the actual catching.

4. I’m happy being a fly-fishing spectator.

CMIO’s take? Fishing is math. So is informatics. (xkcd comic). Everything derives from math. Math is beautiful. I’m going to go lie down now.

That’s FACMIMI to you regular folk.

Here’s the ACMImi blog, with a recent contribution by yours truly for the EPCS “Morphine E-prescribe” song.

Here’s to colleagues in healthcare getting the word out, and having fun while we’re at it! Also, here’s an update with more songs!

CMIO’s take? What are YOU doing to inject fun into your daily work? Let me know!

This is both impressive work and incredibly depressing, and is a clarion call for those in physician informatics. Dr. Christine Sinsky’s piece in the NEJM catalyst is called “Date night with the EHR” and very clearly delineates physician time spent charting in electronic health records. Particularly appalling is the time spent on WEEKEND evenings (red circle) reliving the past week’s worth of left-over work. It is a clear dagger into the heart of physician wellness and key manifestation of physician burnout.

And, the American Medical Association now has a Vice President, Professional Satisfaction, or as Dr. Sinsky calls herself: “The VP of Joy.” what an awesome title.

CMIO’s take? It is about time. Could this be the inflection point where silently suffering physicians begin to see hopefulness on the horizon? Physician Informaticists have long been at the bleeding edge of this work and the cultural traction is gratifying. March on, colleagues! 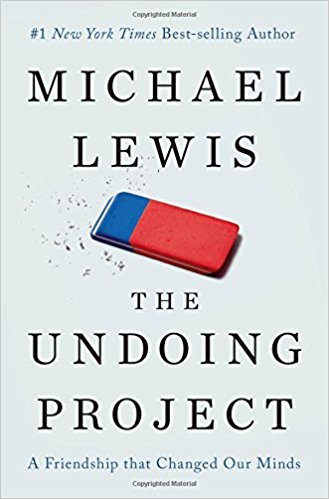 Daniel Kahneman and Amos Tversky are my psychology heroes. Their groundbreaking work in psychology, “Thinking Fast and Slow” is a book I’m digesting a second time, piece by piece. Ideas such as “anchoring bias” are astounding ideas. Ask a group of college students for example, to write down the last 2 digits of their social security number. Then ask them how many countries there are in Africa, and ANCHORING BIAS in their brains lead them to guess at a number surprisingly close to their last 2 digits! In the setting of a difficult question, the brain answers an easier question: “Does the number seem higher or lower than the last thing you were thinking about?” Ideas like this are densely packed in their tome.

What is surprising, is that both psychologists were officers in the Israeli army, and furthermore that their personalities were diametrically opposed, and yet they were best of friends. In fact they were nearly inseparable for the best years of their collaboration: neither could say for sure when an idea came from one or the other; they built seamlessly and sharpened the ideas of the other.

In the end the relationship dissipates, as they become more famous, are recruited individually to America for professorships, and never recapture the innocence and amazingly productive partnership that had flourished in their earlier collaboration.

This is a great intro to their work, told in the same Michael Lewis style of Moneyball and the New New Thing and The Blind Side, weaving people, stories and ideas into a fascinating whole. But, make no mistake, I think you should read Kahneman and Tversky in the original, in their masterwork.

CMIO’s take? Want to know how people work? How to be better at your job? More importantly, want to know how your own brain works? Read these 2 books.